RoundTeam is one of those ideas, which are just “in the air”. Have you ever faced the situation, when you use online service and notice, that it lacks some useful functionality? Some time ago we were exactly in such situation. 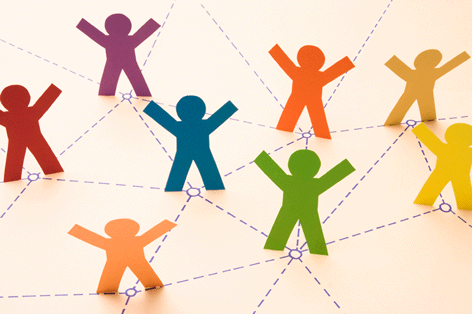 More than a year ago we realised, that Twitter, service we adore and use every day, service which is on the second position in social media networks list, is not really convenient platform for socializing. It is easy to write on Twitter. It is easy to read Twitter. But is it easy to chat on Twitter for 3 and more people about some particular topic? Well, no. Twitter is not intended to communities/groups creation, discussions, comment feeds and other social blab. To be able to share tweets with somebody, you need to follow each other. It seems to be simple, but let’s imagine group of 10 or more people, who are keen on football. They follow each other on Twitter to be able to share tweets about football. Side effect - except of tweets about football, they get all the other tweets from each other. When the number of members of such a community increases, tweet-feed of each member turns into a stream of irrelevant and uninteresting garbage with hardly noticeable useful tweets.

Let’s have a look on larger example. Imagine huge community of thousands art-lovers. They attend exhibitions of favourite artists and tweet about it. How can they all read each other? How can they comment each other’s tweets? It is hardly possible to mutually follow thousands of people! And how to deal than with this crazy flow of tweets in your feed?! And what to do if a new member joined the community?

RoundTeam easily solves all this issues with the help of automatic retweets. The main RoundTeam use case is community building tool for Twitter. In fact it is the general idea of this project. Let’s go back to art-lovers community example. For their use case we need to create new Twitter account (or take existing one), which will represent *the idea* or *topic* of the art community. This Twitter account needs to be connected to RoundTeam. In RoundTeam several retweet parameters need to be set: retweet only tweets with particular #hashtag, @mention or key-words from it’s followers. More often users define some #hashtag, for example #ModernArt. People, who are interested in art, follow this Twitter account and receive only tweets about art from all other followers of this account. They don’t need to mutually follow all art-lovers, they receive only relevant info and nothing more. New member can just follow community Twitter account and he gets total access to community feed, gets notifications about new tweets, can participate in discussion, using #ModernArt. RoundTeam creates real communities on Twitter!

Nowadays we actively work on the project just for several months. And during the implementation of the basic idea of community building on Twitter, we have concluded, that RoundTeam has so much use cases starting from promotion something on Twitter (the more retweets about our product/business you have -  the higher is your position in Twitter search results), up to usual news aggregator. Every new customer finds something new in our service, uses RoundTeam in his own way. Discussion of RoundTeam use cases deserves, as we think, a separate blog-post.

Finally, we are happy to receive feedback from our customers. We listen to every letter, every new idea. We are open to suggestions and will be happy to share our thoughts about RoundTeam in this blog. We hope comment feed will become for us one more way to stay in touch with you.

2 thoughts on “RoundTeam: the initial idea”